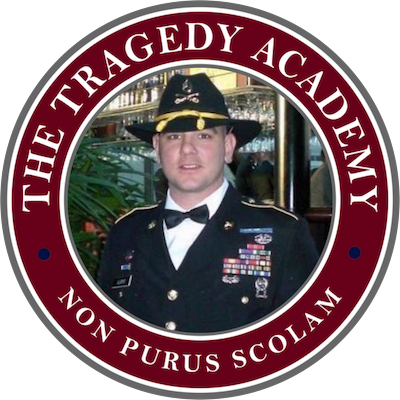 Sergeant First Class Brandon Lloyd served in uniform from 1998-2015. He operated as a Scout Sniper, and a Special Operations Combat Medic with the 101st Airborne Division and units in the Special Operations Command. Lloyd spent over five years on combat deployments on battlefields across the world. He was also an instrumental part of a Special Ops Task Force that conducted Operation Red Dawn, and captured former Iraqi Dictator Saddam Hussein.
Throughout his career, SFC Lloyd prepared HUNDREDS of Soldiers and then led them on the field of battle. He was a respected mentor that gave young men a desire to be better Soldiers and also better Men. He lived by the Ranger Creed and set the standard for others to follow by leading by his example 100% of the time. Brandon spent every spare second training himself and others and never stopped seeking ways to improve all aspects of tactical medicine to increase Soldier survivability. Even after being severely wounded and undergoing many spinal surgeries and various other surgeries he pushed himself to get back in the fight.
He completed many of the Army's toughest courses, including, the Special Operations Sniper Course, Ranger School, the Army Combatives Instructor Course, the Special Operations Combat Medic and the Mountain Medical course, just to name a few. He also managed to complete two degrees while on active duty. In 2005 SFC Lloyd was selected for a sniper/counter sniper team conducting security for President George W Bush during his inauguration events.
SFC Lloyd was presented with the Alabama Legislature Medal of Honor by Alabama Governor Kay Ivey for his actions after being severely wounded during an enemy ambush in Baghdad Iraq.
SFC Brandon Lloyd is decorated with many awards for his service and his actions under fire. Some of them include; The Legion of Merit Medal, 3 x Bronze Star Medals, one with a Combat “V” device for Valor, The Purple Heart Medal, 2 x Meritorious Service Medals, and 4 x Army Commendation Medals, one with a Combat “V” for Valor.
Some of SFC Lloyd’s decorations include the Ranger Tab, Combat Medical Badge, Expert Infantry Badge, the Pathfinder Badge, the Freefall parachutist badge, and the French Foreign Jump Wings.