In today's episodes of The Tragedy Academy, Jay invites the host of the podcast I Am Just Gaying, Hernando Del Castillo. Hernando brings us along to his journey of reflection, awareness, and metamorphosis. We learn of the societal pressure he experienced as a gay Columbian man and the hurdles he jumped through to become his whole authentic self finally.

Summary: In today's episodes of The Tragedy Academy, Jay invites the host of the podcast I Am Just Gaying, Hernando Del Castillo. Hernando brings us along to his journey of reflection, awareness, and metamorphosis. We learn of the societal pressure he experienced as a gay Columbian man and the hurdles he jumped through to become his whole authentic self finally.

📢 Coming to a point in life where you become unfiltered

😞 Dealing with unsupportive family and friends

🎭 Coming out as a comedian

📖 Opening yourself up to learning

🤐 Letting people be who they are

[03:14] Hernando shares the moment when his mindset shifted, and he knew that he needed to make a change in himself. He had gone through a breakup that landed him in a psych ward for six days, and it was during his stay that he realized he had to pursue his dream of being a comedian finally. Hernando expresses to putting this off for years because of fear.

[05:59] Hernando confesses to feeling as if he was dying inside while working as a director in hospitality. He details how he had an identity crisis after ten years in the industry. Hernando describes feeling unhappy, confused and, miserable on the inside after all the hard work he had put in. Deep down, he knew he wasn't living his truth.

[13:58] Hernando reveals the pushback he was met with when he told his friends and family he wanted to pursue stand-up comedy. Considering that most of his family in Columbia are accomplished doctors and lawyers, yet Hernando still made 5x their salary in hospitality, they still did not approve of his choice. It was through this experience that Hernando recognized that he needed to let go and follow his dreams.

[22:22] Hernando was raised by a single mother with two kids in Hialeah, Florida. He expresses a love-hate relationship towards the place he grew up, describing it as the most ratchet and amazing city in the world. He describes the juxtaposition between growing up poor and finally have money and the difference you see in people. Overall, he admits to always loving the 305.

[26:15] Hernando details his experience in coming out to his mom as a comedian. He shares his mother's frustration and her persisting he get a college education. Although that was never his goal, he caved and earned a bachelor's in Education solely to please his mother. Hernando gives his perspective on education and feels it is not necessary to accomplish your dreams.

[30:01] Hernando emphasizes the importance of always having a thirst for knowledge, no matter what the topic is. Learning is the only way you can grow as a person, and the information can come from anywhere; books, podcasts, seminars, trying new things, and most importantly, meeting new people.

[40:40] Hernando shares the pain he felt when he lost his friend of 25 years, not from death but ego. He accepts that although it pains him to let him go, he will never want to return to that friendship. Hernando conveys that people come and go, and at this juncture, this person has served their purpose in his life, and it's time to allow new people to come in.

[46:30] Hernando gives credit to his growth to being open-minded. His only goal now is to introduce his new self to people, and if they do not like it, then the onus is on them.

[56:34] Hernando shares the life lessons he has learned from The Four Agreements. He and Jay voice the importance of letting people be who they are and stop trying to change them, no matter if their authentic self is good or bad.

[01:00:17] Hernando teaches us about the different categories in the gay community, with some of the titles being twink, daddy, bear, and otter. He expresses that gay people can often be clicky, so their dating profiles show even who they do not want to date.

Podcast: I Am Just Gaying 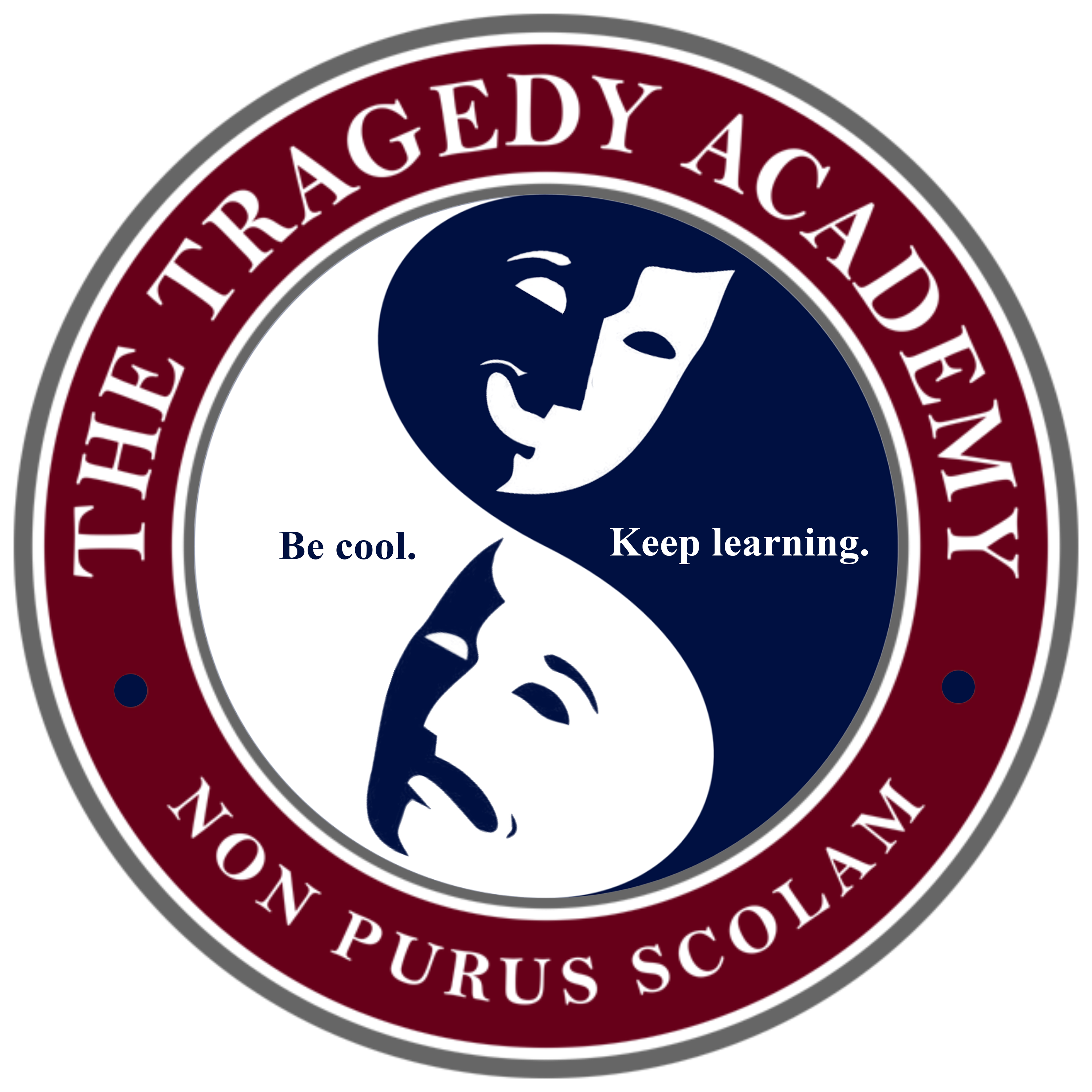 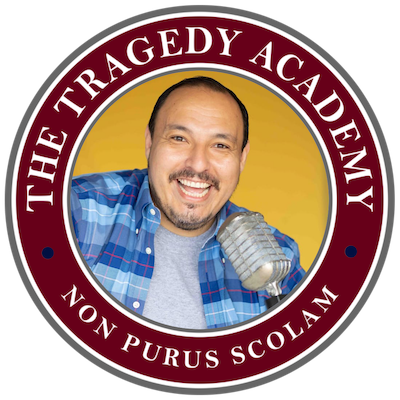 Hernando Del Castillo is a standup comedian and host of the I Am Just Gaying podcast. Hernando brings us along to his journey of reflection, awareness, and metamorphosis. We learn of the societal pressure he experienced as a gay Columbian man and the hurdles he jumped through to become his whole authentic self finally. 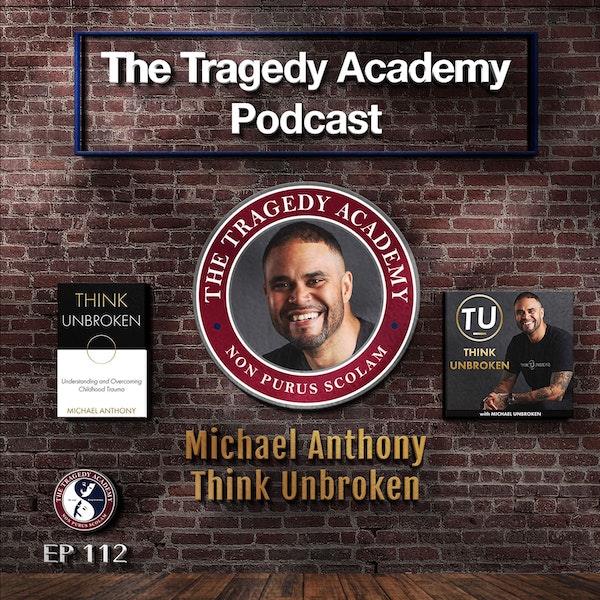 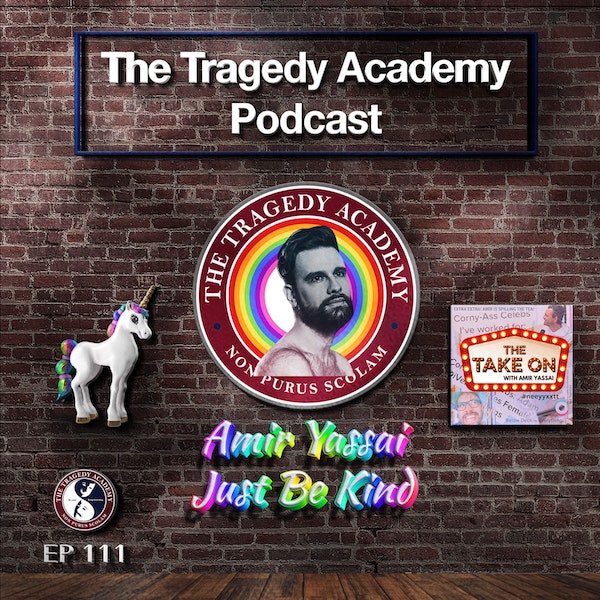 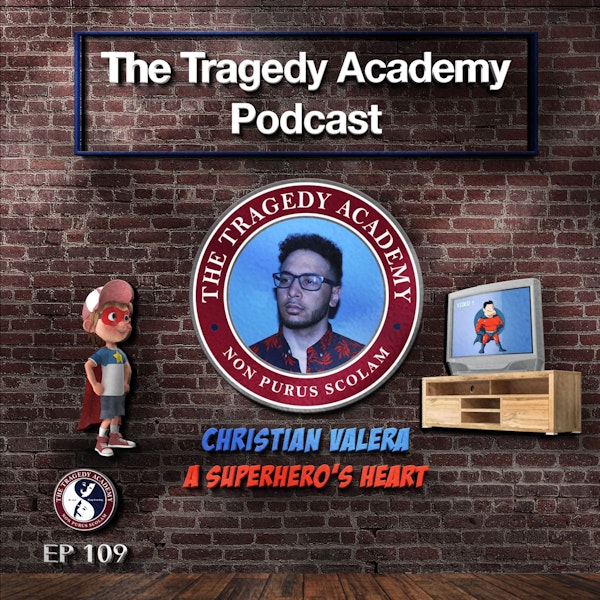 Special Guest: Christian Valera - The Heart of a Superhero

In this episode of The Tragedy Academy, we meet Christian Valera. Christian runs a YouTube channel where he dives deep into the M… 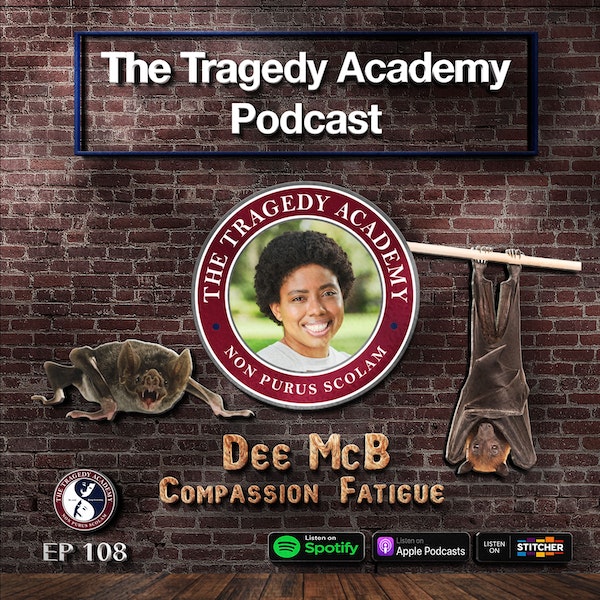 This week on The Tragedy Academy, Jay invites Dee McB. Dee is a zookeeper and lover of all animals, and in this episode, we get i… 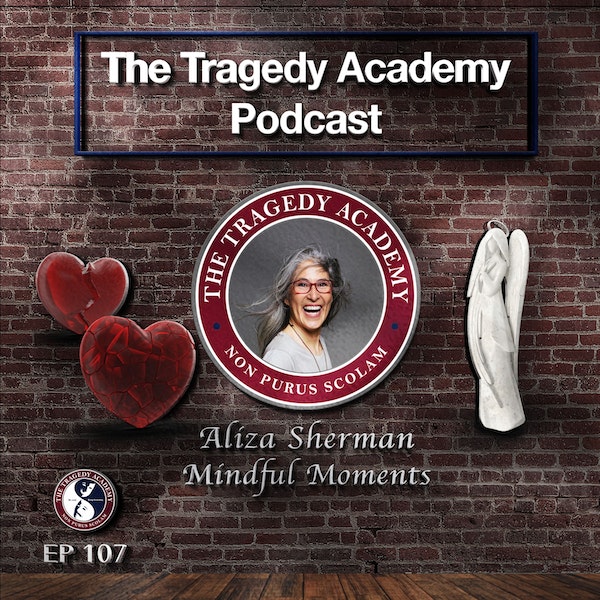 In this installment of the Tragedy, Academy Jay welcomes Aliza Sherman to the show. Aliza is an author, entrepreneur, and web pio… 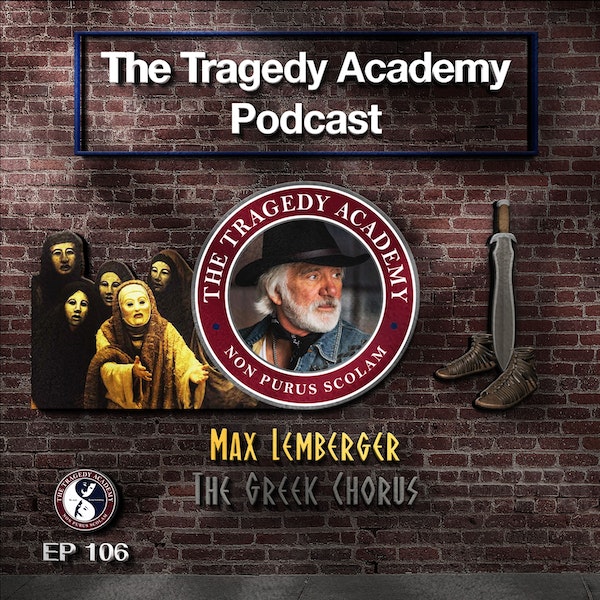 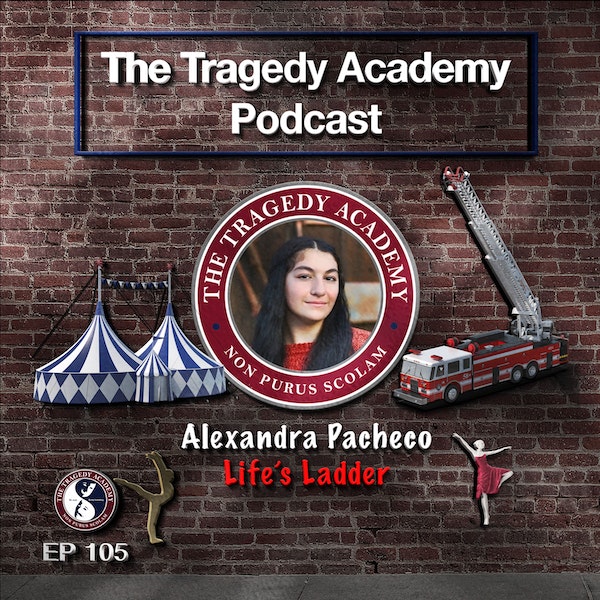 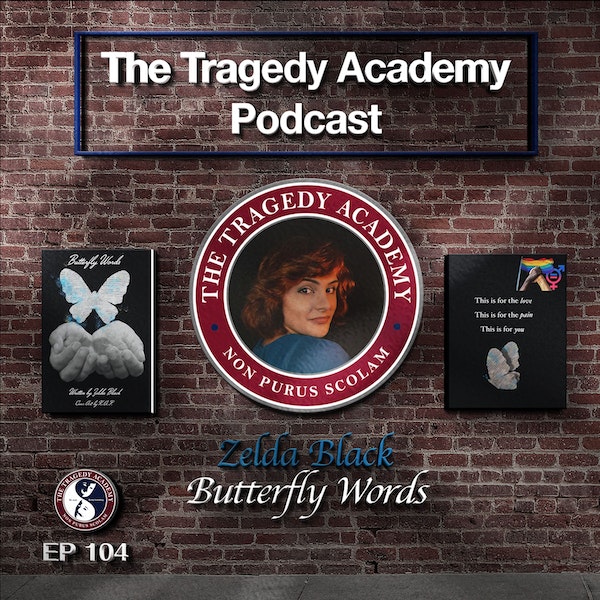 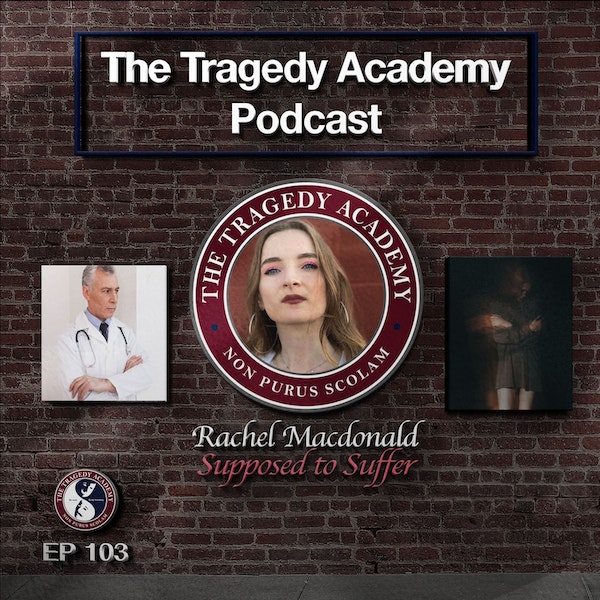 On The Tragedy Academy; this week, we welcome Rachel McDonald to discuss her experience living with Endometriosis, a rarely diagn… 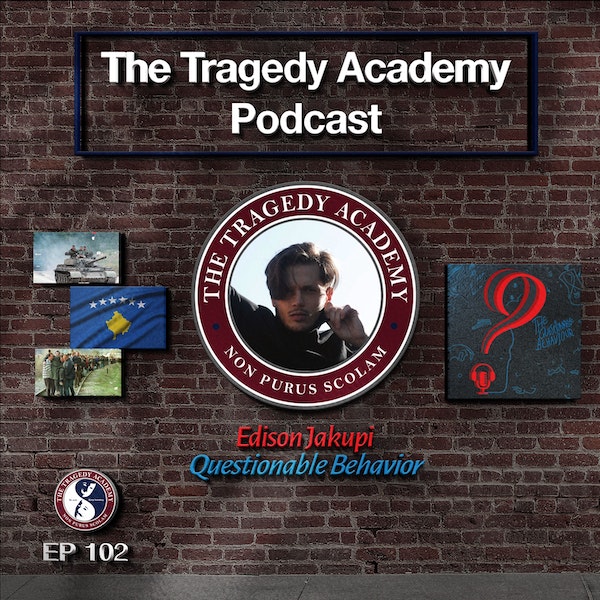 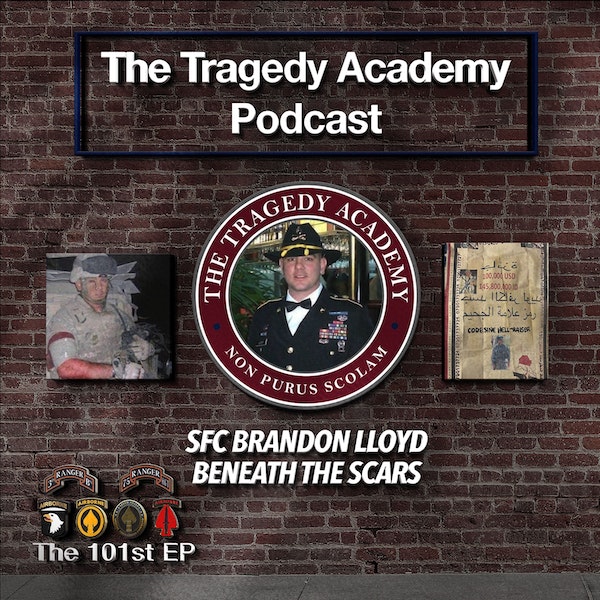 In this episode of the Tragedy Academy, we meet SFC Brandon Lloyd (Ret). Brandon is a multi-deployment combat veteran who has gai… 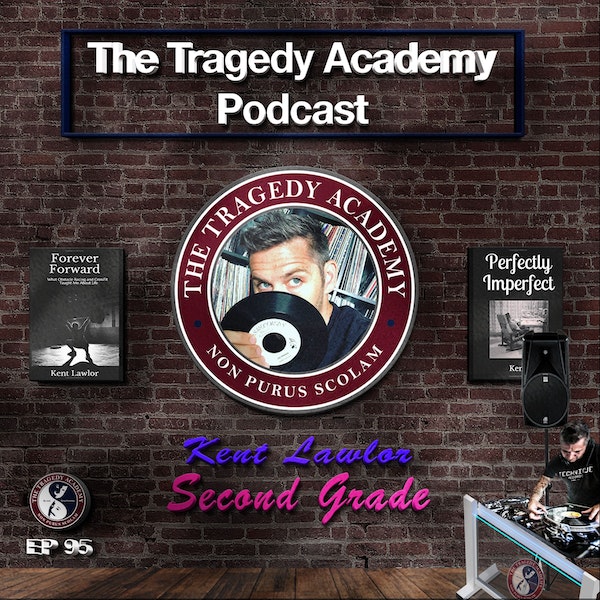 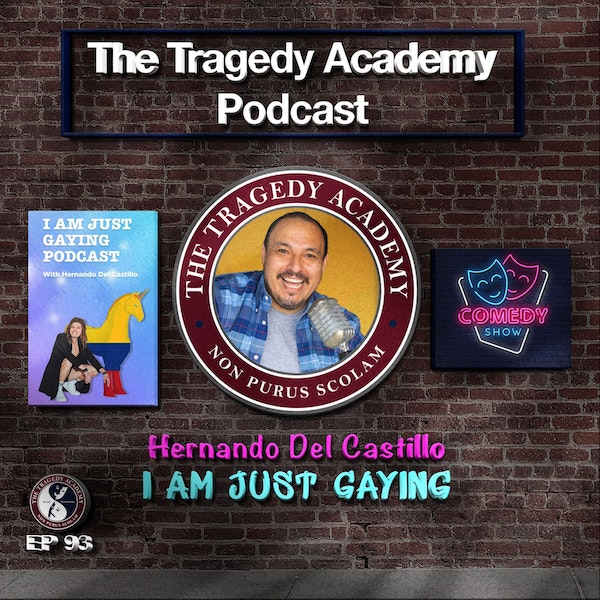 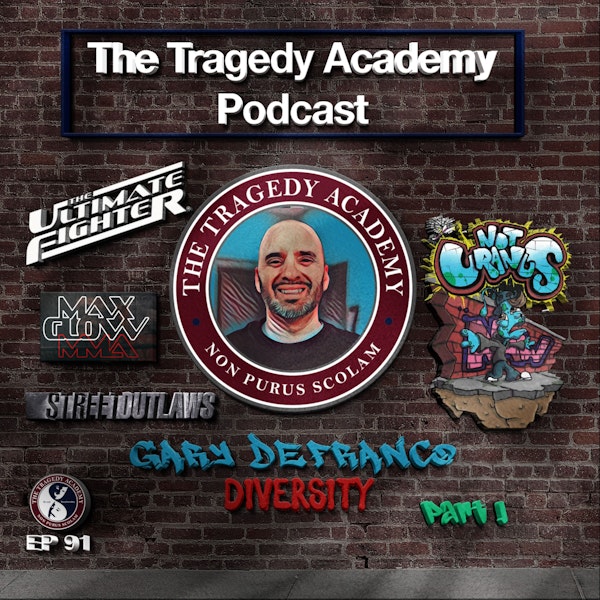 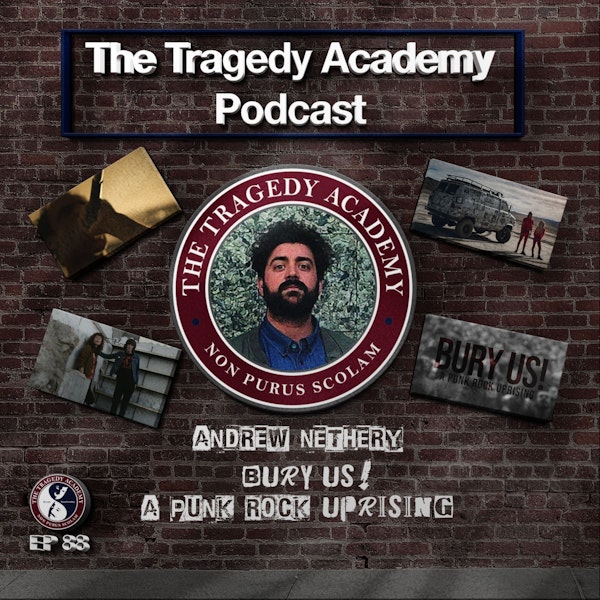 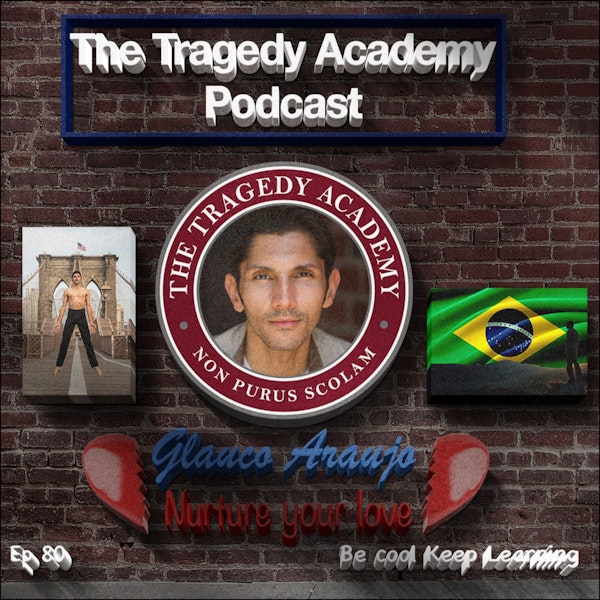 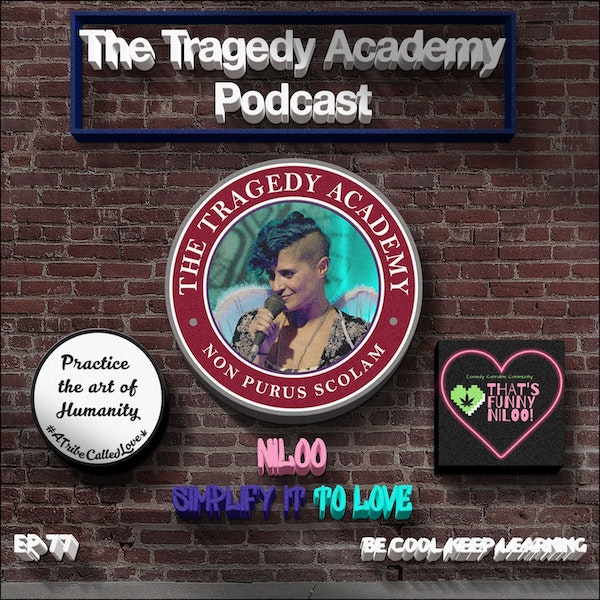 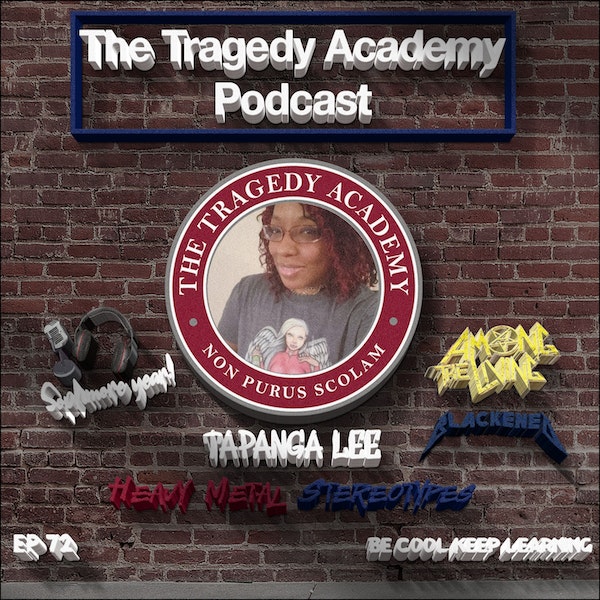